As motorists make their north-south transit on State Highway 77, they are briefly slowed as they skirt the western edge of

Woodsboro. From several miles away, the grain elevators of Woodsboro announces the town in advance and declares it as an agricultural community. Over time, this grain elevator complex (map item 9) has grown to be the iconic symbol of this small, tight-knit community.
Farming and ranching contribute much to the town's economy as do the production  of oil and

gas. It is not unusual to see producing oil and/or gas wells in the middle of fields in which crops are being raised. Primary crops are grain sorghum, corn, and cotton.

The town square is just a single block from the main highway and features a unique gazebo (map item 10) which was built in the Texas Sesquicentennial Year of 1986.

No visit to Woodsboro would be complete without a visit to one of the two major eateries in the interior of the town: "The

Frosty", and Tuttle's. The Frosty (map item 11)is a fast food restaurant (serving hamburgers and the like) catering to the local teenagers and is "the" place to be seen in order to enhance one's social standing.

Tuttle's (map item 12) is a combination grocery store, meat market, catering service, and restaurant. Don't expect to order from a menu with a waitress: it's strictly buffet all the way. The fare varies according to the day of the week, and the repeat customers and expanded waistlines of the local residents attest to the quality of the food. They recently celebrated their 90th year in business.

Tuttle's is frequented by businessmen, laborers, students, and visitors alike. When all tables are full, it's not unusual for complete strangers to offer a vacant place at their table. It is rumored that many important and lucrative oil/gas deals have been consummated over a meal at Tuttle's.

The community of Woodsboro is justly proud of its school system. Woodsboro ISD recently completed new construction as evidence of the communities commitment to quality education. Eagle athletic teams excel; however, equal pride is given to academic accomplishments. 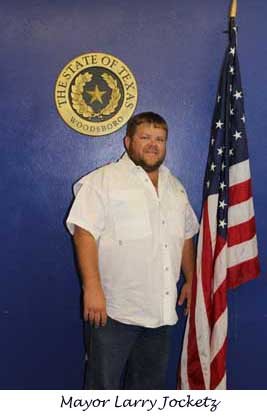 It was through the land development project of W.C. Johnson and George P. Pugh of Danville, Illinois that the town of Woodsboro, Texas was laid out along the St. Louis, Brownsville, and Mexico Railway in late 1906.

A post office was established in the Bonnie View Land Company Hotel in 1907, and soon after the town was named for Tobias D. Wood who had sold his Bonnie View ranch to Johnson and Pugh.

A public square was included in the official town plat of 1908 and it became the center of economic growth and civic enterprises that characterized the early development of Woodsboro.

The Woodsboro Commercial was founded in 1914. Among its more lasting contributions was a waterworks installed in the town square.

The town was finally incorporated in 1929 while the plaza (town square) remains a center for civic activities in Woodsboro. 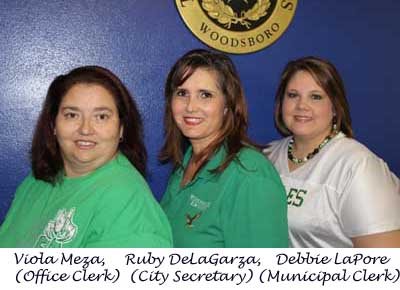